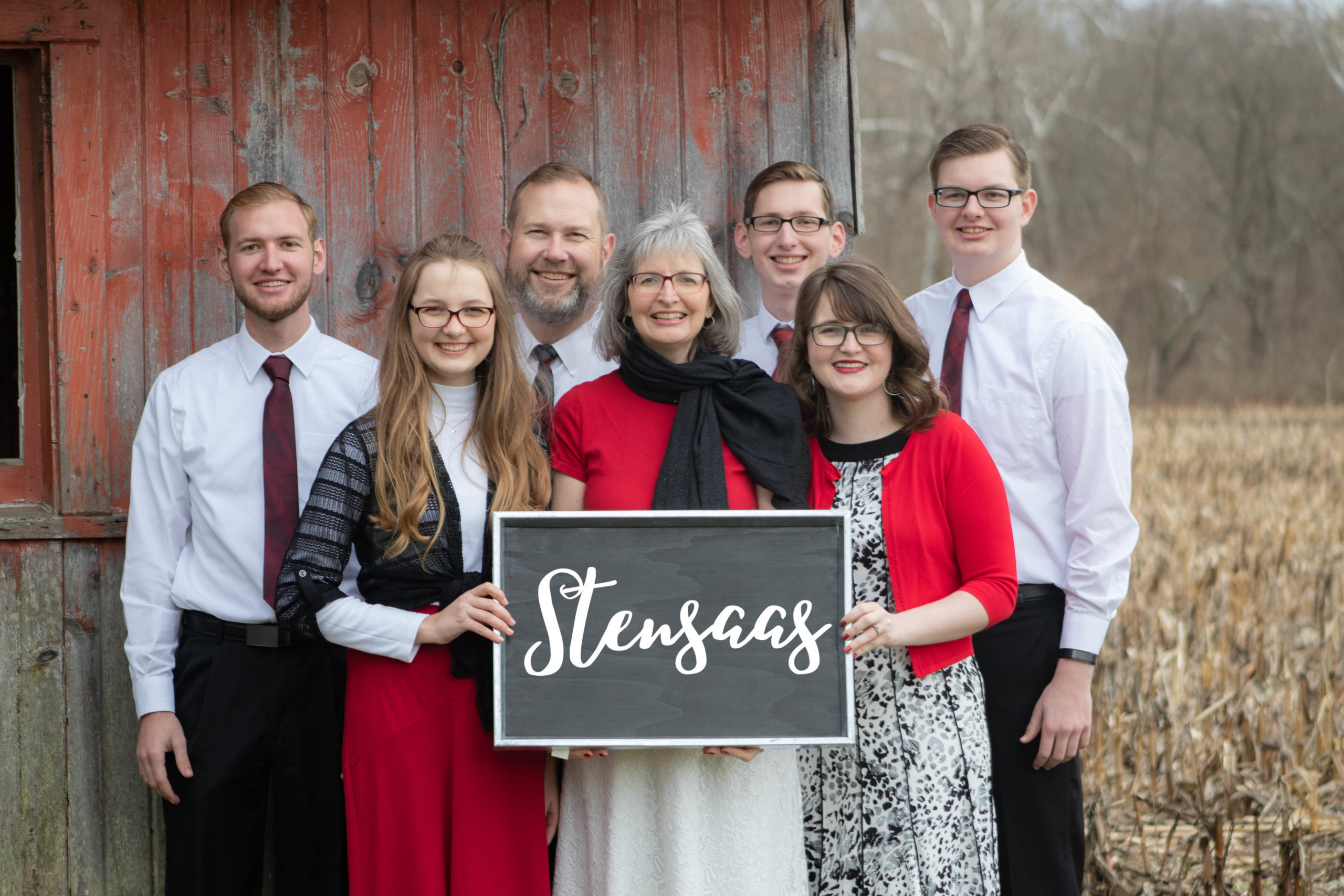 Keith was born in 1971 to Bryan and Cheri Stensaas who were religious but lost.  While serving in the U.S. Navy, Bryan Stensaas heard the Gospel for the very first time in Rota, Spain while attending a church started by an American missionary.  During the first service he attended, he trusted Christ as his Savior.  He later returned to the mission field, ministering to the military in Spain, Germany, and Italy.  While living in Italy, Keith trusted Christ as his Savior at the age of fourteen - April 25, 1986.  In 1989 the Lord called Keith to preach while watching the film "Sheffey" about the life of Preacher Robert Sheffey.  At the same time, he  surrendered to the mission field wherever the Lord may lead him.  He attended Bible College where he met and married Sally Ward in 1993.  After 18 months of deputation, they arrived in Uganda in February of 1996.  They served in Mbarara, Uganda for one year with Keith’s parents before moving to Masaka, where God has enabled them to see eleven churches, a Christian radio station, and a Bible College & Institute established.  Recently started is the Village Mentorship & Assistance Ministry.

Born in 1972, Sally was the fifth and last child born to her parents, Willis and Pat Ward.  While attending the Christian school of their church, Sally trusted Christ as her Savior at nine years of age.  During her teen years, she was very involved in the music program by playing the piano for various singing groups and also giving piano lessons.  Sally graduated from Bible College in 1993 before marrying Keith Stensaas.  Shane joined the family in March of 1995, being the only American-born child in their family.  Stanley, Shae-Lynn, Shiloh, Skyler and Savannah are five more blessings that God gave to their family while in Uganda. 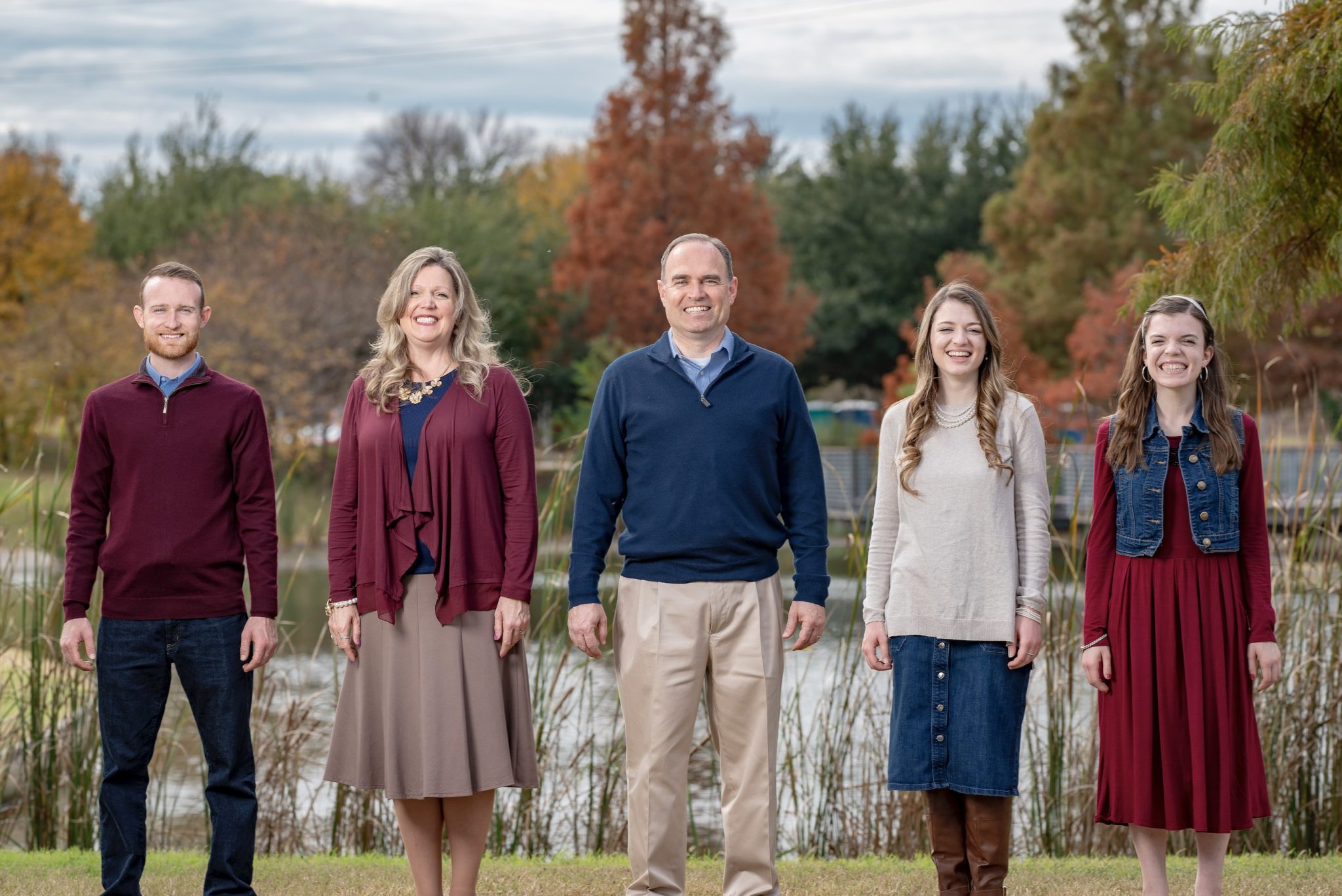 God has given our family a wonderful sending church, Capitol City Baptist Church, located in Austin, Texas.  Behind every great church is a great pastor, and I count it a privilege to call Pastor Adam Thompson my pastor.  He and his wife Kim are leading our church in Christian growth and outreach, and I believe that great things are in store for Capitol City Baptist Church.

We believe the Bible to be the revealed Word of God, fully and verbally inspired by God. We believe that the Scriptures, as found within the 66 books from Genesis to Revelation, are the inerrant, infallible Word of God; and that God not only inspired every word, but He has also preserved them through the ages. We believe the King James Bible is the preserved Word of God for the English-speaking people, and it is the official and only translation used or believed in our ministries; thus the King James Bible is our final and absolute authority in all matters of faith and practice.

We believe that there is one, and only one, living and true God, an infinite, intelligent Person, the Maker and Supreme Ruler of Heaven and Earth; and that in the unity of the Godhead, there are three persons, the Father, the Son, and the Holy Ghost, equal in every divine perfection, and executing distinct but harmonious offices in the great work of redemption. We also believe the Genesis account of creation and that it was a direct act of God, in six literal twenty-four hour days, instantaneous and miraculous.

We believe that the Lord Jesus Christ accomplished our redemption through His death on the cross as a representative, vicarious, substitutionary sacrifice; and, that our justification is made sure by His literal, physical resurrection from the dead. We believe He ascended into Heaven after His resurrection to be seated at the right hand of the Father, waiting for the time of receiving His church at the Rapture, and returning seven years later to earth to rule and reign as King for 1,000 years.

We believe that the Holy Spirit is a divine Person; equal with God the Father and God the Son, and of the same nature; that He was active in the creation; that He reproves the world of sin, of righteousness, and of judgment; that He bears witness to the Truth of the Gospel in preaching and testimony; that He is the agent in the New Birth; and that He indwells, comforts, seals, fills, guides, teaches, sanctifies, helps and assures the Believer; that he intercedes for the Believer, reveals the Scripture to him, and endues him with power. We believe that the sign gifts of the Holy Spirit, such as speaking in tongues and the gift of healing, were temporary. We believe that speaking in tongues was never the common or necessary sign of the baptism or filling of the Holy Spirit and that ultimate deliverance of the body from sickness or death awaits the consummation of our salvation in the resurrection, though God frequently chooses to answer the prayer of believers for physical healing.

We believe that the salvation of sinners is wholly of grace; through the mediatory office of the Son of God, who by appointment of the Father, freely took upon Himself our sin, and by His death made a full and vicarious atonement for our sins; that His blood atonement consisted not in setting us an example by His death as a martyr, but was the voluntary substitution of Himself in the sinner's place, the just dying for the unjust, Christ, the Lord, bearing our sins in His own body on the tree.

We believe that baptism is the immersion in water of a believer in the name of the Father, of the Son, and of the Holy Ghost, with the authority of the local church, to show forth in a solemn and beautiful emblem our faith in the crucified, buried, and risen Savior, with its effect in our death to sin and resurrection to a new life; that it is prerequisite to the privileges of a church relation and to the Lord's Supper. We believe that baptism and the Lords Supper constitute the only two scriptural ordinances for the church, but that neither has any saving power.

We believe that all the redeemed, once saved, are kept by God's power and are thus secure in Christ forever. We believe that it is the privilege of believers to rejoice in the assurance of their salvation through the testimony of God's Word, which, however, clearly forbids the use of Christian liberty as an occasion to the flesh. We believe that all the saved should live in a manner that does not bring reproach upon their Savior and Lord; and that separation from all religious apostasy, all worldly and sinful pleasures, practices, and associations is commanded by God.

We believe that a local church is a congregation of biblically baptized believers associated by covenant of faith and fellowship of the Gospel, and that it is a self-governed independent body having Christ as the Head, the Holy Spirit for its Guide, and the Bible as the only rule of faith and practice; that its officers of ordination are pastors, and deacons, whose qualifications, claims, and duties are clearly defined in the Scriptures, and we believe the true mission of the church is found in the Great Commission: to reach others and instruct them as God has commanded. We hold that the local church has the right of self-government, free from the interference of any hierarchy of individuals or organizations; that the one and only superintendent is Christ through the Holy Spirit. We believe that Christians are prohibited from bringing civil lawsuits against other Christian individuals or the church to resolve personal disputes. We believe that the church possesses all the resources necessary to resolve personal disputes between members.

We believe that God has given the church a great commission to proclaim the Gospel to all nations so that there might be a great multitude from every nation, tribe, ethnic group, and language group who believe on the Lord Jesus Christ. As ambassadors of Christ we must use all available means to go to the foreign nations and not wait for them to come to us.

We believe that every Christian, as a steward of that portion of God's wealth entrusted to him, should support his local church financially. We believe that God has established the tithe as a basis for giving, but that every Christian should also give other offerings sacrificially and cheerfully to the support of the church, the relief of those in need, and the spread of the Gospel throughout the world. We believe that a Christian relinquishes all rights to direct the use of the tithe or offering once the gift has been made.